Experience this breath-taking city like never before. From amazing heights you’ll be able to see the Roman remains, historic buildings and infamous baths for picturesque views that will stay with you forever.

Hot air balloon rides are a wonderful gift idea for any occasion. Whether treating your partner to an anniversary surprise or spoiling friends or relatives on their birthday, hot air ballooning is always an incredible experience that shouldn’t be missed. The balloon soars thousands of feet into the air, giving passengers the chance to enjoy unparalleled views of the countryside below. The peace and tranquillity of these flying experiences is unrivalled and it’s sure to be an occasion you’ll never forget. There is no better way to appreciate the great British countryside.

As an added bonus you’ll get to share that experience with them, so what are you waiting for? If you want to experience the wonder of balloon rides over Bath then make sure to contact one of Bath’s popular Balloon Flight organizers, and you’ll soon be booking hot air balloon rides in Bath that will give you unforgettable memories. 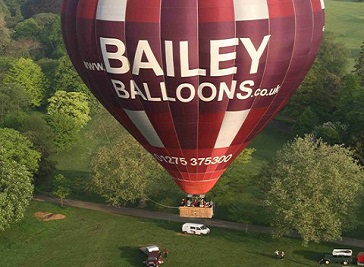 Bailey Balloons offers a wonderful gift of balloon ride over Bath to remember, with a company specialising in the personal touches. They offer you a ballooning experience that lasts 3-4 hours and lifts you up from the Georgian City of Bath. You can be involved in setting up the balloon, enjoy an hour’s flight.
Read More

Taking off with Bath Balloons, from the city's central launch site in Royal Victoria Park, you'll rise slowly up alongside Bath's famous Royal Crescent, Bath Abbey, The Roman Baths and Thermae Bath Spa into the heart of the honey-coloured Georgian skyline, with views in every direction including The American Museum in Britain at Claverton Manor, the only museum of Americana outside the United States. 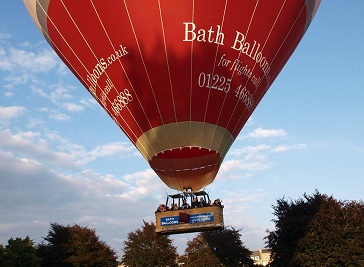 When you take a hot air balloon ride in Bath from the moment you take off, often with other local balloonists, from Royal Victoria Park you will have remarkable views. Drift slowly alongside the Circus and the famous Royal Crescent, a World Heritage site built in the late 1700's