Bath resident and employee of charity Designability Ruth Hooper has been shortlisted for a prestigious national award. 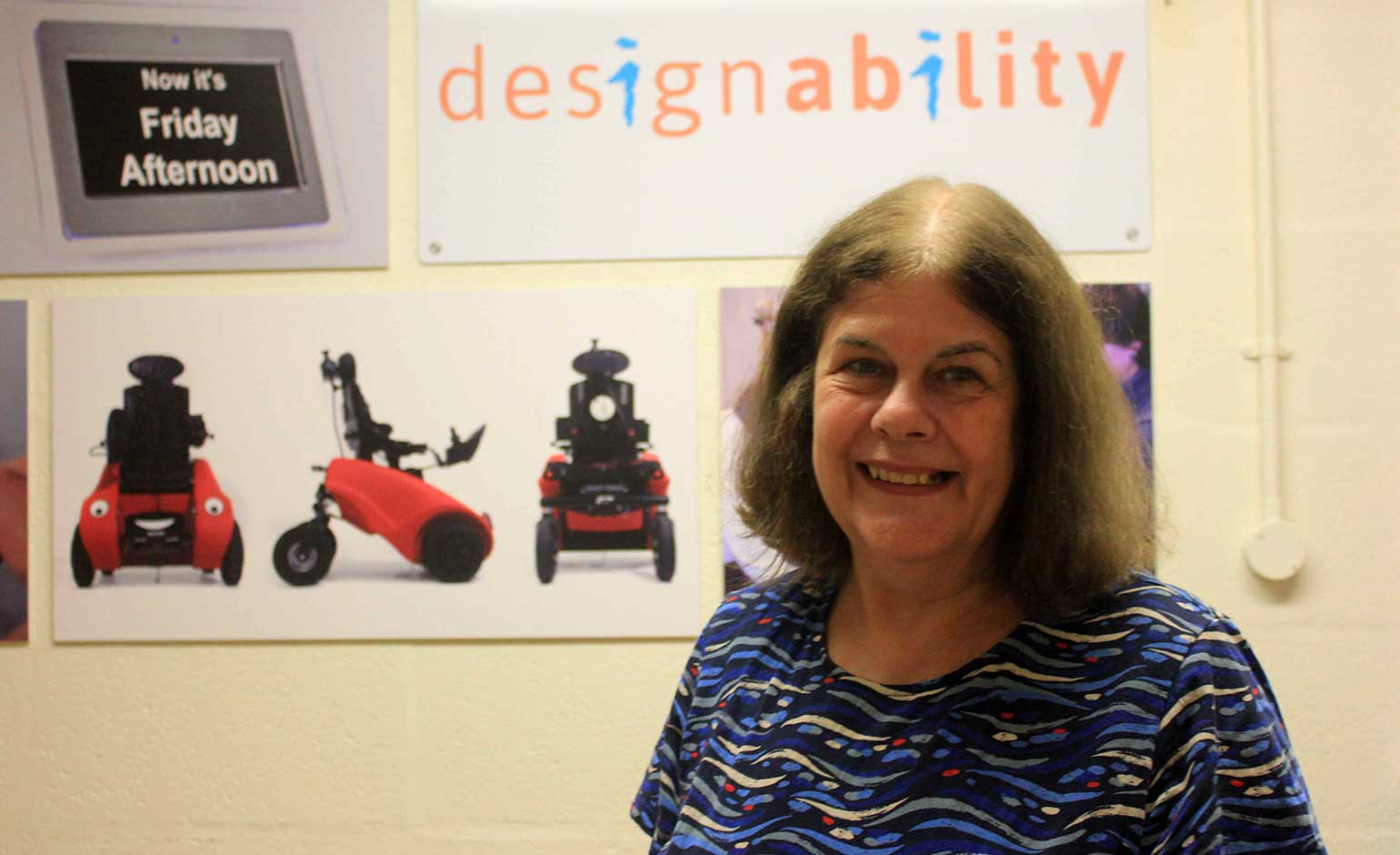 Ruth, who has worked for Designability (formerly the Bath Institute of Medical Engineering) since 1973, has been announced as one of the final four nominees for Third Sector’s Unsung Hero award.

Third Sector is the UK’s leading publication for the charity and voluntary sector.

Designability works to enable disabled people to live with greater independence, and Ruth has been part of the charity for nearly 50 years.

As the charity’s Trust and Foundations Fundraiser, Ruth helps to secure income for Designability to fund its various projects, including the flagship Wizzybug Loan Scheme and its ground-breaking research into making Electric Vehicle (EV) charging facilities more accessible.

Ruth joined the charity on 13th August 1973, having previously worked as a shorthand typist in a large and busy finance department at the Royal United Hospital.

“I didn’t think I would stay very long!” explained Ruth. “Then the need to raise funds became crucial to the work continuing and I was launched into the wonderful world of direct mail fundraising, which has turned out to be my God-given job.

“When I first started, I would tap away on my first electric typewriter, individually producing a couple of hundred letters each year which were sent out via the post.”

For Ruth, the end result of her hard work has been the inspiration to stay in the role for so many years.

The Wizzybug Loan Scheme, now in its 10th year, has provided free powered Wizzybug wheelchairs to over 1,000 disabled children throughout the UK and Northern Ireland.

Ruth continued: “One of my earliest inspirational moments came from watching a young boy with restricted growth riding a specially designed bicycle along the hospital corridor.

“I wanted to share the moment with the world and the expression on the boy’s face is one I’ll never forget.

“I love watching families try out their Wizzybug for the first time. One little girl wanted a ball from across the other side of the room and her Mum went to fetch it for her, only to rethink and tell her daughter she could move across the room independently for the first time ever and get the ball for herself!

“Priceless moments, which we see repeated time and time again at Designability.

“It’s a humbling honour to be listed alongside the other nominees and I’m proud to work for this fantastic charity.”

Catharine Brown, Chief Executive of Designability, said: “Ruth being shortlisted for this award is testament to her hard work and dedication over nearly five decades.

“Her efforts have literally changed the lives of over 1,000 disabled children and their families through our Wizzybug Loan Scheme, and many, many more who have found greater independence through Designability’s projects.”

Disability charity launches campaign to get wheelchairs to young children